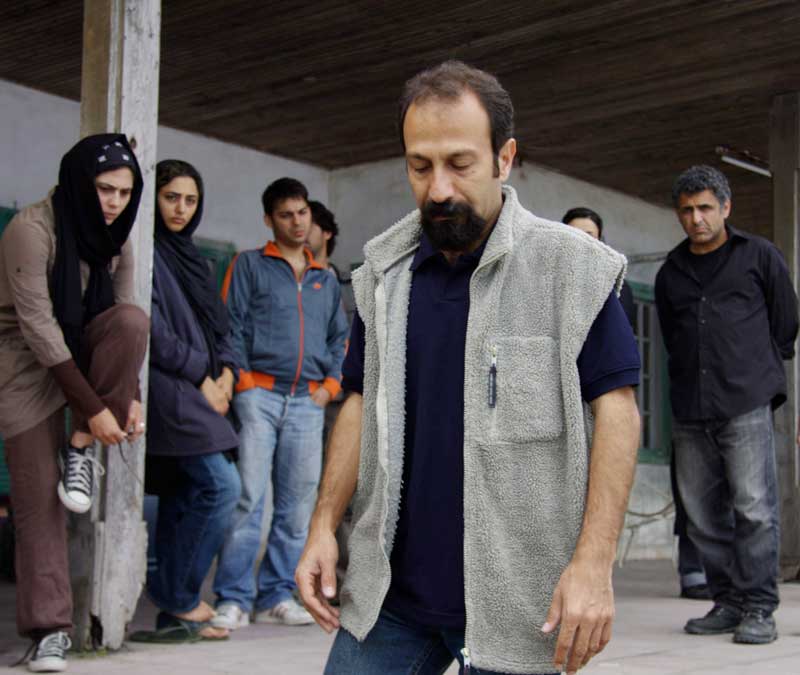 Biography:
Asghar Farhadi was born in Isfahan, Iran in 1972. Whilst at school he became interested in writing, drama and the cinema, took courses at the Iranian Young Cinema Society and started his career as a filmmaker by making super 8mm and 16mm films.

He graduated with a Master’s Degree in Film Direction from Tehran University in 1998.
During his studies, he not only wrote and directed student plays, but also wrote plays for national radio and directed for television with such shows as the hit series Tale of a City.
In 2001, Farhadi wrote the screenplay for Ebrahim Hatamikia’s box-office and critical success Low Heights.
His directorial debut was with 2003’s ‘Dancing in the Dust’. This film went on to participate in the Moscow Film Festival, where it won both the Best Leading Actor and Film Critics awards.
Farhadi made his second feature film, ‘Beautiful City’, in 2004 which won the Best feature film award at the Warsaw Film Festival 2004, the India International Film Festival and Moscow’s Faces of Love Film Festival.
‘Chahar shanbeh souri / Fireworks Wednesday’, his third feature, was an award winner at the Locarno International Film Festival 2006, and successful in many other international festivals. The film has been released in both Europe and the USA.
‘Darbareye Elly /About Elly’, his fourth feature, won the Silver Bear for Best Director at the 2009 Berlinale. The movie had a worldwide impact and received excellent reviews.
He then went one step further with ‘A Separation’, winning the Golden Bear for Best Film at the 2011 Berlinale as well as Best Actor and Best Actress Silver Bears for the film’s entire cast. The movie consequently won both a 2012 Golden Globe and an Oscar for Best Foreign Language Film.
Farhadi followed this with yet another Best Foreign Language Film Oscar for his 2017 film ‘The Salesman’.