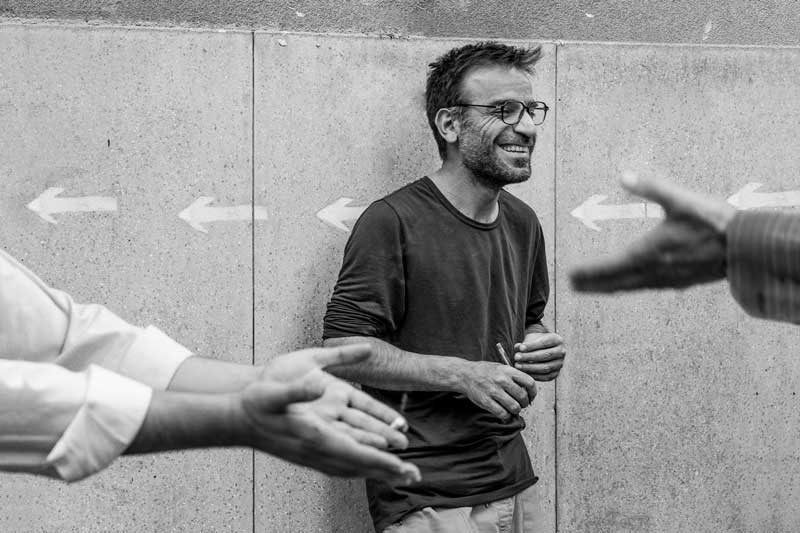 Biography:
Shahram Mokri is a filmmaker and screenwriter.
Born in Kermanshah, Iran on 17 August 1978, he graduated from the Tehran University of Film and currently lectures at various Film Schools throughout Iran.
He started his career by making short films. He has made five shorts so far and edited numerous others.
From 2016 to 2021 he has been on the executive board for screening ‘Art & Experience’ feature films in Tehran.
He has also worked as a film critic on ‘Film Magazine’, the most important fifth art magazine in Iran.
In 2009 Mokri made a TV Movie called ‘ASHKAN, CHARMED RING, AND ANOTHER STORIES’, which premiered at the Pusan Film Festival.
He was invited to the 70th Venice Film Festival in 2013 with his first feature film, ‘FISH & CAT’. The film was screened in the Orizzonti section and won the Lion Award for creativity and innovation.
In 2018, his second film, ‘INVASION’, screened at the 68th Berlin Film Festival and was nominated for the Teddy Award.
Mokri returned to Venice in 2020 with his third film, ‘Careless Crime’.
This latest film won the ‘Golden Bisato’ Screenwriter Award from the Independent Critics Association in Venice, and then went on to win the ‘Silver Hugo’ at the Chicago Film Festival.
All his films have met with great success, with both film critics and the public.
Shahram Mokri has also sat on several International Film Festival juries, including the 2021 Orizzonti jury at the 78th Mostra Internazionale d’Arte Cinematografica, Venice, the 57th Chicago International Film Festival and the 75th Locarno International Film Festival, 2022.